From mdecamp
Jump to navigation Jump to search

The backbone of the ultrafast laser lab is a Spectra-Physics XP laser system, capable of producing 2+mJ, 40fs, 800nm pulses at a 1kHz repetition rate. We have also built a cryogenically cooled power amplifier with the capabilities of generating 5+mJ pulses at 1kHz. In addition we have access to a high-power optical parametric amplifier (OPA) capable of generating high energy ultrafast pulses throughout the optical and near-infrared portion of the electromagnetic spectrum. 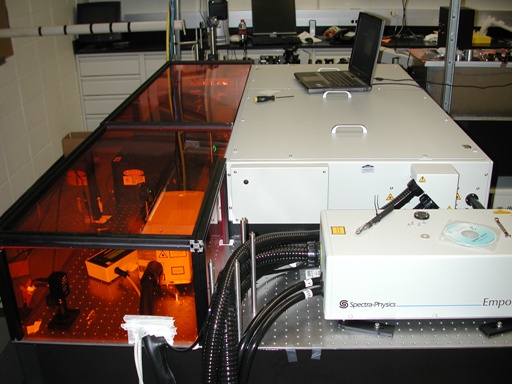 For time-resolved x-ray diffraction measurements we have constructed a pulsed x-ray source based upon ultrafast plasma generation in a solid copper target. The x-ray source can generate greater than

hard x-ray photons per second radiation, with a sub-picosecond x-ray pulse width. To detect the radiation, we use a combination of a custom made poly-capillary x-ray optic (XOS systems) with a direct detection, liquid nitrogen cooled x-ray CCD camera. 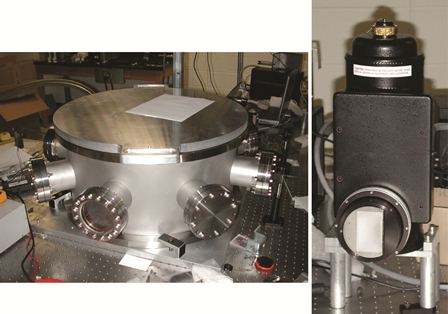 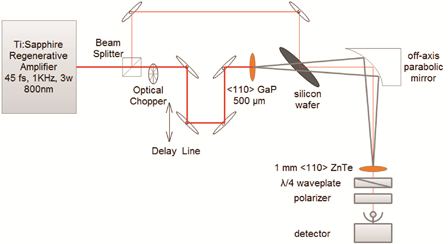